Jos, Nigeria: Aware that his community was not safe from marauding Fulani terrorists, Bitrus Audu, 52, came home at about 7:40pm on Sunday, 27 June, to remind his family to always prepare dinner before dark.

Audu's peasant family lived in a small thatched mud house, with no electricity or perimeter fence, in the outskirts of remote Zanwhra hamlet in the Bassa area of central Plateau State.

His wife, Lami, was in a detached kitchen with his aged mother, Minchwe Audu, while his pregnant daughter in-law, Rifkatu Friday, and 7-year-old granddaughter, Ladi Friday, played in the compound. His two sons - Ishaku and Friday – were already in their rooms, but Audu wanted everyone else to be inside too.

Over 20 people had been killed in separate attacks near the hamlet a month earlier. Rumours of more attacks had circulated since the last attacks, and Audu was apprehensive. 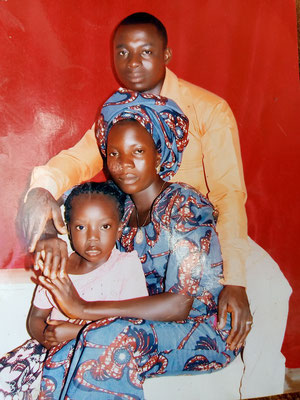 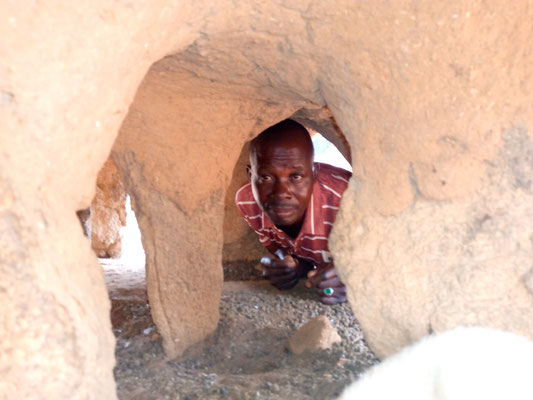 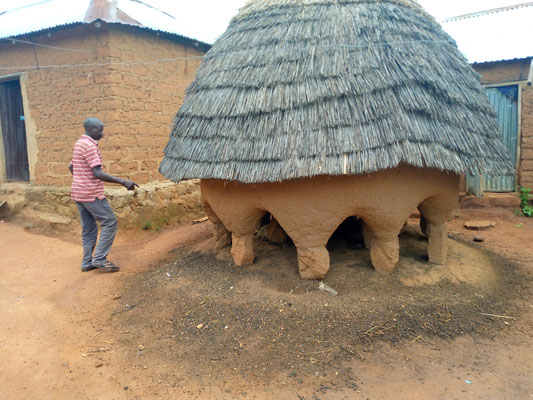 "That evening, I just got home and was advising that dinner should always be prepared early. I was still talking when we heard gunshots," Audu recalled. "When we heard the gunshots, we all scattered."

"I dived and hid under a barn. From there I saw terrible things. My mother was coming out and was shot. My daughter-in-law and granddaughter were shot before my eyes. My wife is in the hospital now. I was watching when they shot her. I was helpless. My daughter-in-law was pregnant. Her expected date of delivery was this week. Now she's no more. My granddaughter is no more. My mother is no more," Audu said, with eyes turned red from the tears he'd shed.

Audu sustained injuries from the dive he made to hide in the rocky pillars of the slightly elevated barn. His son, Friday, whose pregnant wife and daughter were killed, also sustained injuries while escaping through the window. He was unable to speak when visited, due to the trauma of losing his wife and child in one night.

Audu's wife, Lami, currently being treated for bullet wounds in the hand and leg, said she recognised one of the attackers. She said, "When they came, they surrounded the house and shot at everyone in sight. I was shot while trying to escape with my mother-in-law. She died instantly. While I was lying on the ground after being shot, I heard the attackers speaking the Fulani language. As they spoke, I recognised one of them. They call him Terry-Gee” (real name Hashimu Hudu).

The night after the attack on Audu’s family, one other Christian farmer was killed by Fulani herdsmen in Ri-Bakwa village, less than 5km from Zanwhra. Another two were killed on 30 June  in Bei and Jol villages in neighbouring Riyom local government area. Also on 30 June two more were killed in Tamborong village around the boundaries of Bassa and Riyom, bringing the total killed within a week in the area to eight.

Similar attacks were recorded in Niger, Kaduna, Zamfara and Katsina States in the same period, but federal government, led by President Muhammadu Buhari, was more concerned with the peaceful agitations for self-determination in the country's south.

On 29 June, secret service operatives kidnapped Nnamdi Kanu, the leader of the Indigenous People of Biafra movement (IPOB), in a foreign country and repatriated him to face trial. Kanu's brother, Kingsley Kanu, said the IPOB leader was "unlawfully arrested" and subsequently subjected to "extraordinary rendition".

Kanu had relocated to the United Kingdom, where he holds citizenship, after operatives attacked his Nigerian home while he was released on bail in 2017. Nigerian authorities were trying him for alleged terrorism and treasonable felony.

In 2016, the government launched a military operation known as Operation Python Dance in the southeast, where the IPOB is demanding secession.

According to Amnesty International, the military task force carried out "mass extrajudicial executions" in the region between 2015 and 2016, including at least 60 people shot dead in the space of two days in connection with events to mark Biafra Remembrance Day.

“This deadly repression of pro-Biafra activists is further stoking tensions in the southeast of Nigeria,” said Makmid Kamara, interim director of Amnesty International Nigeria at the time. “This reckless and trigger-happy approach to crowd control has caused at least 150 deaths and we fear the actual total might be far higher.”

The International Criminal Court of Justice in March 2018 said it would investigate the allegations. However, the human rights violations did not stop. Between January and June, 2,700 civilians were arrested or abducted in the southeast, 370 were killed and 630 were disappeared, according to the International Society for Civil Liberties and Rule of Law. On 10 June, President Buhari vowed to treat the agitators "in the language they understand", in a now-infamous tweet that led to his Twitter account being suspended.

Meanwhile, in the southwest, federal operatives raided the home of renowned activist Sunday Adeyemo on 1 July 1. Two of his associates were killed in the raid, while he was declared wanted hours later.

In a press statement, Adeyemo said he was being "persecuted" for organising his people against Fulani herdsmen attacks.

In June, the Igbo socio-cultural organisation, Ohanaeze Ndigbo, also told President Buhari to stop persecuting its members and take out the "killer-herdsmen and Northern bandits".

The latest figures published by Open Doors international show that 3,530 Christians have been killed in Nigeria in 2021 because of their faith. These killings include those carried out by Fulani herdsmen.

On 13 May President Buhari pledged to use "all available resources" to deal with bandits, but this has not been the case. Many commentators, including former Nigerian President Olusegun Obasanjo, have linked Buhari's bias to a hidden "Islamisation and Fulanisation agenda.”