Thousands of people, mainly women and children, gathered outside Riyom local government headquarters on 14 July to protest against continuing attacks by Fulani herdsmen in the area.

According to the Emancipation Centre for Crisis Victims in Nigeria (ECCVN), the protest was triggered by an attack the previous day that left two local residents, Titus John (32) and Iliya Dalyop (50), dead and that characterises the ongoing insecurity in Plateau State, and Riyom in particular.

“In Byei, 30 people have been killed so far because of the Fulani,” spokesperson Garose Dauda told ECCVN. “They have destroyed farm crops. I don’t have food to give the children,” she lamented, adding that in her family all the men had been killed. 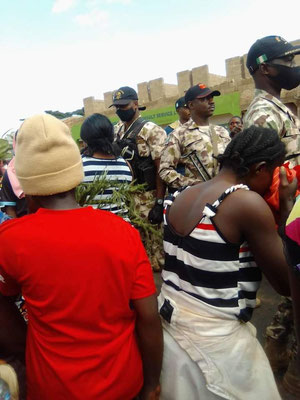 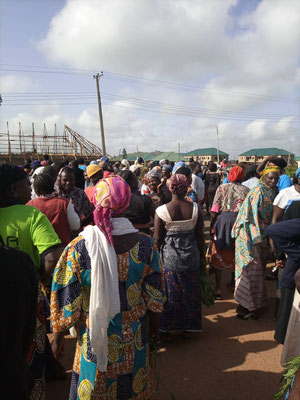 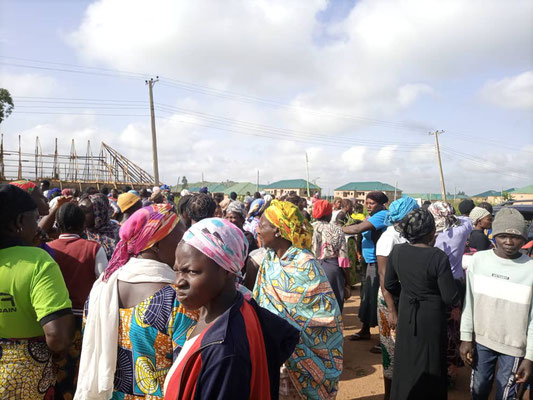 “Whenever the Fulani mow down our crops and we report it to the soldiers, they tell us that they came not for us but for the Fulani. Please withdraw the soldiers. Please come to our rescue,” urged Dauda.

“Women and children have gathered in Riyom to tell the world what the Fulani and military are perpetrating against us,” said participant Tabitha Gang. “We are having sleepless nights.”

Gang reported that soldiers were stationed on a hill above her village, where they kept watch on the villagers’ movements day and night. “The soldiers collude with the Fulani on that hill to attack us. At times Fulani bring cows, sheep, goats or turkeys to the soldiers.

“Help us withdraw the military for they have caused an increase in the number of widows and orphans.”

A survivor of the attack on the night of 13 July said residents of the village of Kum had been warned that the Fulani planned to strike. “We were on the lookout when at about 8pm we saw two people approaching us. When we asked who they were, they didn’t answer,” recalled Pam John.

It was then that they noticed the men were wearing military uniforms. “They immediately opened fire. Two of my colleagues were shot dead but I narrowly escaped.”

ECCVN is appealing to the government to listen to the villagers’ complaints and prevent a further escalation of violence in the area. It is also warning of an impending humanitarian crisis caused by food shortages in Riyom and Bassa local government areas.