Msgr Ike: “A crime worse than Bucha is taking place in Nigeria” 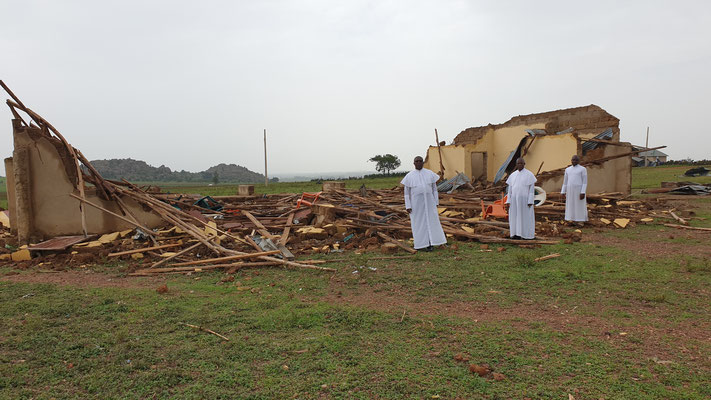 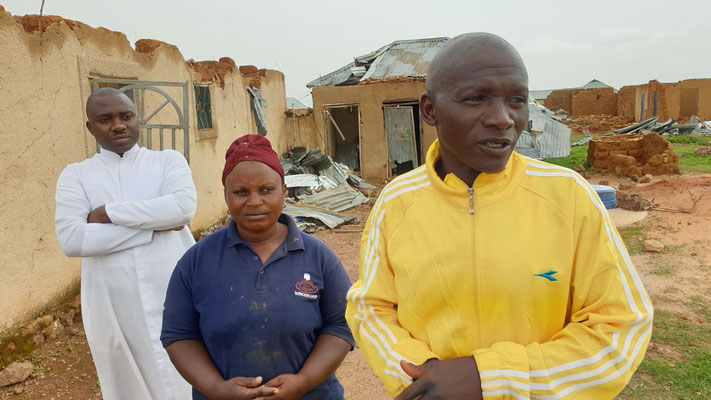 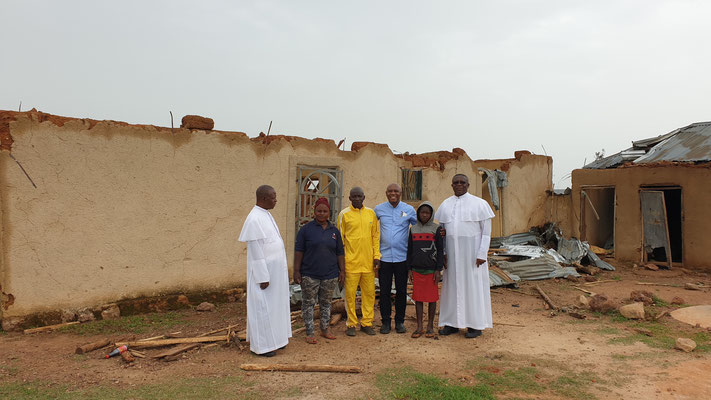 The persecution of Christians and the demographic displacement of minorities in the Middle Belt of Nigeria has taken on genocidal dimensions and is “a crime worse than that carried out in the town of Bucha in Ukraine”.

This was the observation of Professor Obiora Ike, a Geneva-based Nigerian human rights activist and executive director of the global ethics network Globethics.net, who is presently on a working visit to the Middle Belt of Nigeria. For Monsignor Obiora Ike, who is also the Founder and President of the Catholic Institute for Development, Justice, and Peace and Caritas of the Diocese of Enugu, as well as chairman of the Christian-Muslim Dialogue Group in Enugu State, the situation is made worse by the fact that “the world does not hear about it. Little is shown of the atrocities on domestic and international television”.

Ike’s statement comes on the heels of the brutal lynching of a Christian student, Deborah Yakubu, by an Islamist mob in Sokoto on 12 May.

Christians in Nigeria, according to Ike, “are systematically disenfranchised and subjected to constant persecution and martyrdom in the 21st century, with over 30,000 killed in the last decade alone. Many more have been kidnapped, brutalized, or driven from their homes. There are now over two million internally displaced persons in Nigeria”.

Plateau State in the Middle Belt of Nigeria is an area covering a territory the size of Belgium. According to Ike,  it is this heavily contested region which Fulani Islamists threaten to devastate, cleanse of Christians and minorities, conquer, and occupy, using genocidal methods.

“Plateau State is not the only area being presently devastated by Fulani herdsmen attacks on Christian communities and minority villages. Even more atrocities are committed daily in the federal states of Benue, Taraba, Adamawa and Kaduna, all in the Middle Belt - places with mostly Christian populations”, according to Ike.

Aim of creating an Islamic caliphate

The human rights activist says marauding Fulani herdsmen from within and outside Nigeria are ravaging this territory “to intimidate, terrorize, murder and drive away indigenous landowners from their ancestral homes with the sole aim of dispossessing them of their land”. The ultimate goal, he says, “is to spread Islam across Nigeria using the Middle Belt as a bridgehead”.

Ike contends that “using weapons manufactured in Europe, the US and elsewhere - which are now circulating freely across the Sahara and Sahel regions of Africa following the overthrow of Libyan strongman Mu’ammar Gaddafi - bandits, Islamists, Al Qaeda, Islamic State, Boko Haram, Fulani terrorists and other jihadists have now converged and are aiming for the takeover of Nigeria and the creation of an Islamic caliphate in Africa”.

Christian-populated areas of the Middle Belt have been a soft target in this drive to spread Islamo-fascism across the continent. The global attention on Ukraine is providing cover for Islamist terrorists to continue that expansion and decimation of Christian communities in Nigeria to which Christian Solidarity International has alluded on numerous occasions, most recently in a letter to the US Secretary of State.

Prof. Ike believes that these atrocities spread and are encouraged by the tacit support of the Nigerian president for these terrorists, bandits and jihadists led by his fellow Fulani tribesmen.

“Unprovoked attacks by Fulani militants to wipe out Christian and minority villages occur on a daily basis. And the Nigerian security agencies have been either unwilling or unable to stop them, or to protect the villages”. According to Ike, “the fact there is a military outpost at Rukuba in Bassa area of Plateau makes no difference as the militants face no resistance and may even enjoy official protection”.

The police and other law enforcement agencies have proved unable to protect citizens, and cases are not passed to the law courts. “In Nigeria, justice has died,” says Ike.

This, he says, “is not unrelated to the fact that the chief of the army, the heads of the police and the security agencies, Nigeria’s Senate and House of Representatives, the Nigerian presidency and strategic positions in the Nigerian economy are all linked to the Fulani establishment. The Fulani have come to dominate Nigeria’s power centres, not on the strength of their population or democratic credentials, but through a power-grab constructed on the fault-lines and in-built inequities sowed and promoted by British colonial history and continued economic interests in Nigeria”. To this can be added American strategic interests in Africa.

Nigerian Christians are now caught up in this game of empires, where colonial forces prop up a Fulani establishment to further their geostrategic goals and consolidate their power in Nigeria, even if that involves turning away as genocide is carried out against Christians in the Middle Belt. According to Ike, the Fulani hegemony behind the 1966 to 1970 civil war in Nigeria, which claimed over two million lives, remains current and relevant today in understanding the carnage and genocide presently unfolding against Christians.