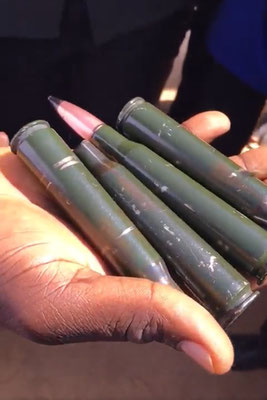 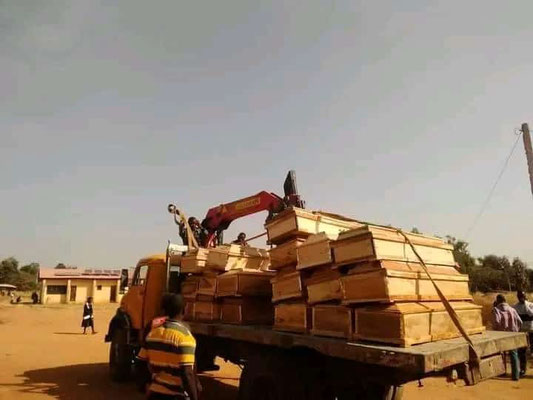 On 18 December, Fulani militiamen massacred 40 Christians in two villages in Kaura LGA of Kaduna State. In this piece, Father Aaron Tanko relates his observations after visiting the scene of the attacks and participating in the mass funeral service for the victims.

The attacks on these two communities took place on Sunday, 18 December 2022, simultaneously at about 10pm. An eyewitness in Sakong who I interviewed, whose house was burnt and who narrowly escaped being killed by the attackers, said the militia were Fulani herdsmen, as they heard them speaking the Fulfulde language. They came in large numbers, some wearing military uniforms and some also coming with military vehicles. They came shooting guns sporadically. They also used swords and axes to hack their victims and burned many houses. You could hear the sound of machine guns as they went after their victims.

On that fateful night, nine people were killed in Sakong and 31 in Mallagum, bringing the total killed to 40. Those killed include men, women, youths and children. Fifty-five houses were burnt in Sakong and 41 in Mallagum, a total of 96. A dozen people were also injured with various degrees of wounds. Several were hospitalized. Property worth millions of Nigerian Naira, including cars, bikes, food items, clothes, beds, permanent voter cards, documents, etc. were burnt. Most houses were looted before they were burnt.

After the attacks, military bullets and shells were found which the attackers used. The question is, where did they get such weapons? The bullets have military colours. We are sad to note that there was no intervention by the security personnel for the period the attacks lasted, not even one attacker has been arrested, and there was no support coming from the government at the time I was writing this report.

According to the two communities, the reason behind these attacks was purely religious. They were attacked just because they are Christians; it is pure persecution of Christians. They have never had any clash with the Fulani people in the past that would motivate this attack.

The people of Southern Kaduna were hoping for a peaceful Christmas, only to be visited with this calamity. Today 21 victims were buried after a mass burial service. Nineteen were buried earlier because their corpses were either burnt or mutilated and could not be kept for long. There was no representation from the state government during the burial. The state government has not even visited the scenes of the attacks.

We are praying that there will not be any other attack this Christmas, though according to the communities the attackers vowed to come back again.