The call came at a protest march which took place at the Nigerian Union of Journalists (NUJ) council headquarters in Abuja, the Nigerian capital, on Saturday 18 December 2021.

SOKAPU President Jonathan Asake, addressing journalists gathered for the protest, demanded that the government either release Luka Binniyat immediately and unconditionally, or allow the law to take its course, instead of persecuting him and subjecting him to trial by ordeal.

Addressing a media conference, Asake gave the background to the persecution of Binniyat by the state government, stating:

“…for over six years running, communities in Southern Kaduna have incessantly come under severe attacks by Fulani killer herdsmen. These attackers usually invade our vulnerable and defenceless communities at odd hours unprovoked with the government of the day doing nothing and making no effort to bring the perpetrators to justice.

It is these kinds of atrocities regularly meted out on our people that Luka Binniyat, a journalist and true son of Southern Kaduna, has refused to be silent about, but committed himself to relentlessly expose them against the apparent complicit posture of the government authorities in Kaduna State, which have continued to clamp down on press freedom and free speech as opposed to the provisions of our national constitution.

He has been arrested and detained for over five weeks without being granted bail in gross violation of his basic human and constitutional rights.” 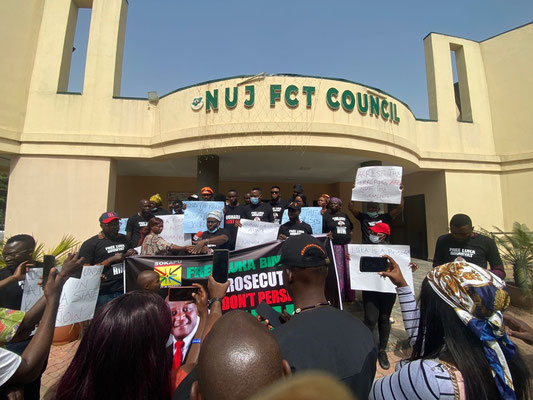 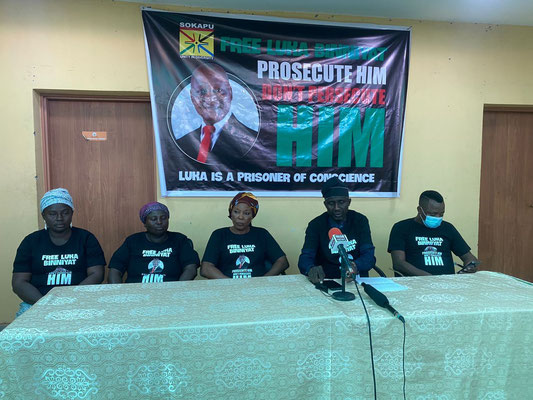 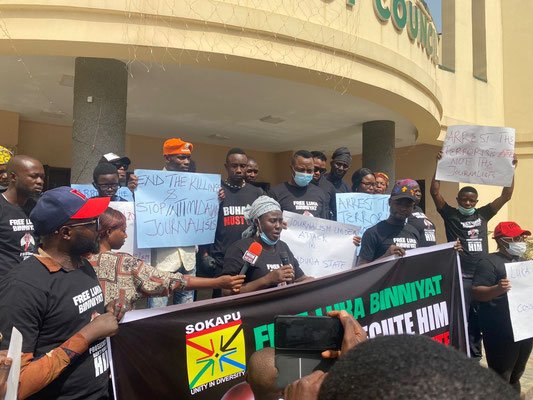 Luka Binniyat, a journalist and SOKAPU public relations officer, has been in detention on the orders of the Kaduna State government since 4 November 2021. He has been at the forefront of exposing the religious and ethnic cleansing of Christians in Kaduna State, for which he has been locked in an ongoing battle with the state government.

Kaduna State government is notorious for its confrontations with journalists who report on issues the government finds disagreeable. Many analysts view this latest round of persecution as an attempt to muzzle a courageous journalist who reports on the genocide by instalment going on in Kaduna State.

Binniyat is accused by Samuel Aruwan, the state commissioner for internal security, of cyberstalking, and aiding and abetting the same. All efforts to secure bail have failed. The judge scheduled to hear the case on 6 December failed to show up, having gone on annual vacation on the same date. The bail application hearing was then postponed until 29 December. This means that Binniyat will spend Christmas in jail separated from his family. Observers see this as underhand tactics by the state government to delay the hearing.

Binniyat‘s wife, Gladys Binniyat, called on the government to release her husband and stop his persecution. Also present at the protest march was Omoyele Sowore, the publisher of Sahara Reporters online news magazine, who called on the international community to recognise Kaduna State Governor Nasir El-Rufai as a violator of press freedom.

Nigeria Report reached out to Aruwan for his side of the story on 19 December. In a telephone call, Aruwan stated that Binniyat “manufactured” lies against him, putting his life and that of his family in danger. Aruwan added that there was no length that he would not go to “legally” to ensure that justice is done and his name is cleared.