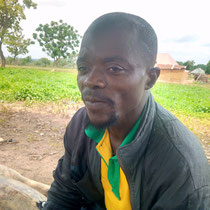 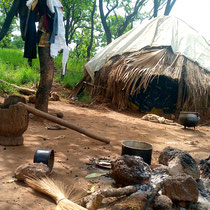 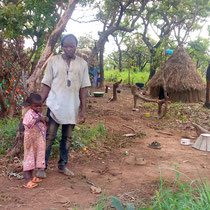 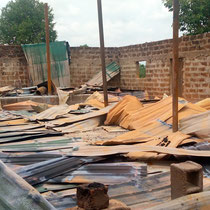 For far too long, communities in Christian-dominated southern Kaduna have faced a series of armed attacks by Islamic extremists fighting a tripartite war, according to Asake.

“Their goals are political, social and economic,” he said.

“The political aspect is to displace and disenfranchise our people, and impose an Islamic government on them. The social aspect is to seize lands and convert them to Islamic territories. The economic aspect is to take over our farms and other sources of livelihoods.”

The jihadists comprise chiefly members of the Fulani tribe, Asake said. Militants of the predominantly Muslim Fulani tribe in West Africa, which claims more than 20 million members in Nigeria, have been blamed for the murder of thousands of Christians in Nigeria.

Asake says that together with bandit terrorists - chiefly imported from foreign countries by local politicians - the militants have in recent years displaced and taken over more than 148 Christian communities in southern Kaduna.

Mass attacks in the area on 5 and 19 June have seen thousands of terrified residents fleeing the few surviving villages, said Asake.

Close to 40 people were killed in the attacks in the Kajuru Local Government Area, our investigations have gathered. More than 60 other residents were kidnapped during the attacks, which both occurred on a Sunday morning during church service, residents say.

On 19 June, an early morning attack killed four Christians attending a church service in Rubu community, according to Asake. The attackers injured many others and kidnapped 37 worshippers, he said.

A convoy of 100 motorcycles – each carrying three armed terrorists - swarmed in on three churches at about 7.30 am, killing three and wounding many others, said Catechist Emmanuel Joseph, a priest at a Catholic church that was targeted. The churches attacked were St. Moses Catholic Church, Maranatha Baptist Church and Evangelical Church Winning All (ECWA). One of those injured in the attack died in hospital the following day, said Joseph in a telephone interview.

Residents had hurried to attend early morning services to avoid armed attacks which had become frequent in the area in recent months. Three people were killed, livestock stolen and grocery stores looted in the town of Rubu on 5 January and 27 April 2022, according to Joseph.

Yet, barely 30 minutes into the church service, the sound of the approaching terrorists’ motorcycles interrupted their worship. “In an instant, the three churches were surrounded almost simultaneously,” he said. “The terrorists sped in without shooting, apparently to take us unawares but the shouts of civilian volunteers watching outside alerted us,” he said.

Three members of Joseph’s Church were shot dead while running to safety, he said. Eight others – all women - were kidnapped by the terrorists.

“I was leading prayers when the attackers came and we all scattered. I ran and hid in a corner outside the church and saw them shooting at escaping members. Eight women who could not run fast enough were rounded up and taken on motorcycles into the forest,” Joseph said.

According to him, 21 congregants were kidnapped in nearby Maranatha Baptist Church and eight others in the Evangelical Church Winning All (ECWA).

A member of the Baptist Church, John Rafiko, who witnessed the attack said the 21 hostages from that church were herded out of the town on foot.

“I ran out as soon as we sighted them but from our hideouts in nearby mountains, I saw many people being escorted with guns like animals,” he said.

Of the 37 kidnapped residents, 31 were women, according to Asake. One of the male hostages, a town leader, was released the following day to organise N100 million ($237,368.90 USD) in ransom for the remaining hostages.

Two weeks earlier on 5 June, 33 Christians were killed and 12 others injured by terrorists firing from a helicopter about 12 miles from Rubu, according to residents. The attack occurred on the same day and at the same time as a brazen massacre of 70 Christians congregants in southwestern Ondo State. But it was scarcely reported on, even by Nigerian media.

“We had yet to complete evacuation when we started hearing gunshots and seeing smoke rising from Dogon Noma [a small hamlet located two miles north of Ungwan Maikori]. We [civilian watchers] mobilized and moved to protect our village and soon we saw Ungwan Sarki [ one mile north of Ungwan Maikori] on fire. By 12.30 pm the terrorists had reached our village and were shooting fiercely and advancing from there,” he said, pointing to the northern entrance to the town.

According to Sani, a 50-man local vigilante team fighting with hunting rifles and homemade shotguns attempted to halt the terrorists at the approach to the town long enough to allow women and children to escape. But sudden gunfire from a patrolling helicopter crushed their defence line.

“It was around 1 pm that the helicopter came and started shooting at us, even following women and children who were running into the bush. The terrorists gained access and started burning our houses,” said Sani.

A member of Sani’s church – Shadrach Joshua, 18, said he was running for cover on the eastern corner of the town along with his two-year-old nephew when a bullet from the helicopter fire hit him on the leg.

From a safe distance, Shehu Mu’azu – a previously displaced farmer from nearby Karamai village who now lives in a grass tent two miles south of Maikori - could see the patrolling helicopter raining bullets on unarmed civilians as they fled from their smoking houses.

“It flew round the village, back and forth while the bandits were burning houses and shooting people,” Mu’azu said.

At the end of the three-hour raid, Sani said 33 corpses, including babies, mostly found in the bush were given a mass burial. A further 28 others were kidnapped while more than 1,000 residents were displaced. Sani placed the number of houses burnt at above 100, including his residence and church, which he said was bombed by the helicopter.

Sani refuted the government's claims that its troops intervened during the attack. “To this day, no military or government official has set foot in this village,” he said.

The attack has stirred calls for a probe of possible military complicity with terrorists in the state.

“If the helicopter was from the government, how come it shot the villagers and not the attackers? If they only mistook the victims for the attackers, how come they bombed a church?”

“We have reports from the villagers saying they saw helicopters landing in their villages, delivering something and flying back at midnight,” said Umar Barde who represents Kajuru and Chikun constituency in the Nigerian House of Representatives.

Terrorists seeking to take over territories have in recent years used helicopters for attacks in Nigeria, said Rev. Dimeji Thompson, an international security analyst. The military, though aware, is too compromised to take action, Thompson said in a phone call.

“If you dig into history, you will find out that there is nothing new about what has just happened,” he said. “Air cover has been used to carry out attacks before.”

In March 2020, media reports said helicopters were supplying food and arms to bandits in Zamfara. Officials declared a no-fly zone in the state as part of a strategy to stop the spread of terrorists.

According to aeroaffairs, an international aviation company running helicopter hire services in Lagos, the cost of hiring a helicopter ranges from $1,255.13 to $4,183.78 per hour depending on type and size.

But terrorists are able to afford them due to their wide financial networks, said Barde.

“These bandits have their masters in the cities. The money [they get from kidnapping] gets back to the cities. If government is serious, this can be investigated. But the bandits are being treated with kid gloves.”