In Bauchi State, another blasphemy allegation leads to violence 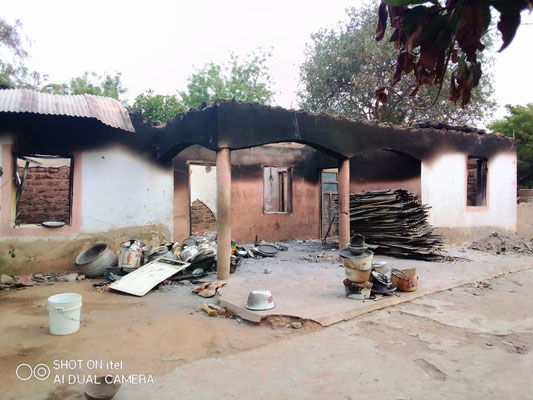 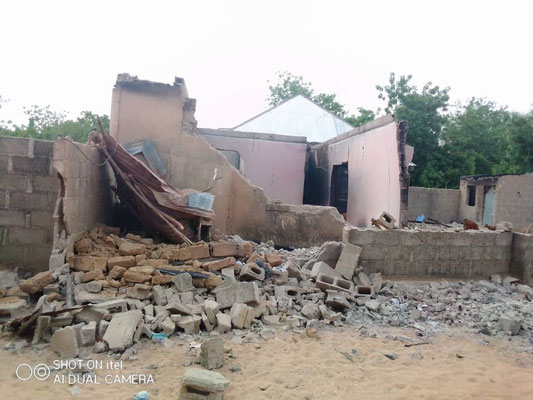 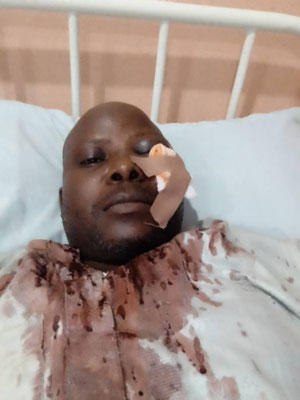 Violence by Muslim mobs in Nigeria’s Bauchi State on 20 May has left the minority Christian residents of the country's terror-battered north to wonder if the region’s blasphemy laws are aimed at eliminating their remnants.

Just over a week after the brutal murder of a Christian college student, Deborah Samuel Yakubu, in Sokoto, Muslim residents attacked Christians in Katanga, the seat of Warji county in Bauchi State, near the border with Kano.

As in Samuel’s case, locals accused a female Christian health worker,  Rhoda Ya’u of blaspheming the Prophet Mohammed, following a comment she made in a government employee WhatsApp group. According to witnesses, the accusation led more than 200 teenagers, led by a few adults, to gather to attack Ya’u.

Only an advance notice to Nigeria’s Department of State Services (DSS), saved her from being lynched like Samuel, it was gathered. She was whisked to safety before the crowd mobilized.

The crowd, armed with stones, sticks and knives, proceeded to attack and injure 15 Christians, including Rev. Ishaku Dano, a pastor of a local Evangelical Church Winning All (ECWA) congregation.

They also razed houses and shops belonging to Christians in the town, and attempted to burn Rev. Dano’s church, but church members quickly put out the fire, Dano told our correspondent in a telephone interview. Police at the scene did not intervene to save the Christian residents, he said.

The attack followed a similar attempt to lynch another Christian woman,  Naomi Goni, in nearby Borno State, for allegedly blaspheming Prophet Mohammed in a comment on Facebook regarding the murder of Samuel.

On 16 May, Goni was locked in a cell for hours while hundreds of Muslim youths surrounded a police station in Maiduguri where she was being held, according to local media reports. The youths demanded her death for questioning the use of violence by Muslims to defend their religious beliefs.

The attack on Ya’u comes amid widespread expressions of support for the death penalty for blasphemy across Muslim-dominated northern Nigeria, threatening the less than 1% of Katanga town’s population who are Christians, Rev. Dano said.

The violence began at about 3:30pm local time after traditional Friday prayer, said Dano, who recalled bleeding for hours after being hit by a rock thrown at him by a member of the crowd.

“We that were hospitalized were about 15,” Dano said. “They first stormed Rhoda’s residence shouting ‘Allahu akbar,’ saying they must kill her. They had gone to find her at the DSS office before coming to the house when they realized she was not there,” he said.

“The DSS had invited her over a video she shared on their staff WhatsApp group. A man in the video insulted Prophet Mohammed and she attached a note saying those were the kind of messages causing problems for Christians. But her colleagues in the group of nine members accused her of blasphemy and even reported her to the DSS. But as of the time the mob came for her, she and her family had already fled the town.

“They meant to burn the house but I and other Christians there pleaded with them and they left. But shortly later, they came back in larger numbers with sticks, stones and knives, attacking any Christian in sight and burning our properties,” Dano said.

At least six houses and eight shops belonging to Christians were razed by the mob, he said.

“They also battered the walls and glasses of the church windows before setting fire on it. But the fire was instantly put out by our youths who were left with no choice but to defend the Church,” said Dano, who noted that police at the scene did not intervene.

“The police came at about 4pm when the crowd was roiling at Rhoda’s house but left almost immediately. They never returned till about 9pm when the tensions had subsided,” he said.

Two members of Dano’s church, Yohanna Yakubu and Nuhu Haruna, confirmed to our correspondent, that they struggled to defend the church without any help from security forces.

Similarly, witnesses in Sokoto reported that police stood shoulder-to-shoulder during the murder of Deborah Samuel but did nothing to rescue her.

The response has led to allegations of complicity by the police in the use of false accusations to eliminate Christians from Nigeria’s north, according to Rev. John Hayab, the Vice President of the Christian Association of Nigeria (CAN) in northern Nigeria.


Hayab told Vanguard newspaper in reaction to the Bauchi attack: “Allegations of blasphemy have now become the new excuse by fundamentalists in northern Nigeria to kill the remnant that bandits and terrorists have not yet killed."

"How can you justify the period of what happened in Sokoto, the allegation in Borno, the fake allegation on Babachir Lawal by one northern actor who we have on record how he made blasphemous remarks about Jesus Christ but quickly went and brought it down on the internet to cover himself before coming out to falsely accused Babachir Lawal, the former SGF [Secretary to the Government of the Federation]? And we are seeing another carnage in Bauchi under the excuse of blasphemy,” Hayab added.