The air was a chill 16 degrees Celsius – about the warmest it ever gets during the night in the mountainous city of Jos, the capital of central Nigeria’s Plateau State. Pastor Yohanna Yaro Matongson, 58, was at home with his family in Ramun-Rodiya, a remote Christian suburb on the outskirts of the city. 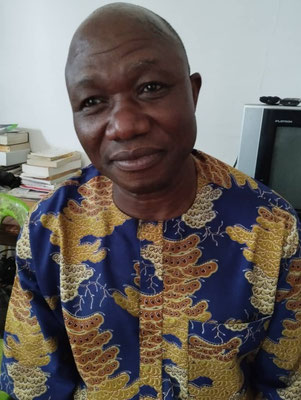 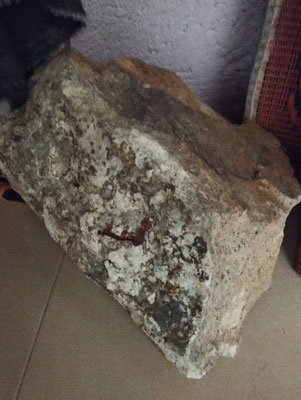 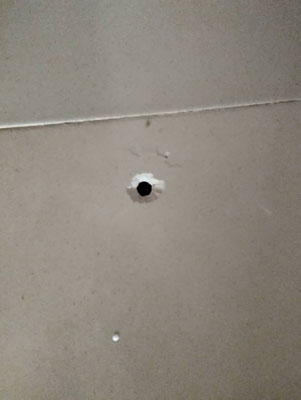 At a few minutes past 9pm on 19 April a loud bang at the door jolted the sleeping family awake.

From his room, Matongson could hear male voices speaking Fulfulde, the dialect of the Fulani militias which have been blamed for the murder of thousands of Christians in Nigeria. “They used a rock to break the main door open,” said Matongson in an interview.

The following few minutes were filled with the sound of “loud gunshots”, he said. “I tried to calm my wife. But I was deeply worried for my children in an opposite room,” he added. “I tried to distract them from going to my children’s room by opening the door to our bedroom and one of them fired a shot in my direction,” he recalled.

The bullet fired through the door’s hinge pierced the floor tile in front of him, he said. But just then, the father of ten heard a gang member scream from behind the man who fired the shot.

“I think the bullet made a rebound and hit him in the leg and he started to bleed profusely,” said Matongson, who concluded the “miracle” was a sign of God’s presence with him.

“I instantly recalled an episode two weeks earlier where a friend told me I would preach to kidnappers,” he said.

Abducted into the bush

Matongson was kidnapped by the gang of five AK-47-carrying militants who were looking to extort money from his small congregation of less than 200 members. Such extortions pose a threat to the church's finances and prevent growth, paving the way for Islamic domination in an area currently witnessing rapid encroachment by Fulani Muslims.

Prior to the incident, the suburb located eight miles west of the Plateau State government house had witnessed a series of violent attacks by Fulani militants, according to locals.

The latest killing occurred an hour before Matongson’s kidnap in the far western corner of the community, according to Iliya. A young mother of three – Sarah Hamidu Gonet - was reportedly shot dead and her children aged four and seven kidnapped by the same gang that kidnapped Matongson.

But Matongson was not frightened. He was instead excited that he had a chance like that of Apostle Paul to preach the gospel of Jesus to those seeking to uproot Christianity.

“For three hours, I trekked barefoot, without so much as a shirt on, till we reached thick bush that I did not recognize. But all along I was brimming with confidence,” he said.

For 24 hours, no one heard from him or his abductors. His wife and children as well as Christians from the area and beyond were worried he might have been shot after seeing blood stains at his door - apparently from the bullet injury sustained by one of his abductors. Five of his children who were married and living elsewhere, as well as two others in school, had joined the others at home by this time and were praying for his safe return.

At the kidnappers' hideout, Matongson met with the kidnapped children of Sarah Gonet, who were being guarded by some other gang members. That posed a temporary setback to his mission.

Matongson searched eagerly for a chance to evangelize to his abductors but was careful not to put the little ones at risk. “They observed their Ramadan fast and prayers at the camp and I wondered how to start a conversation without provoking them, just out of consideration for those children.

“So, I said a silent prayer for guidance and instantly one of them opened a conversation with me, calling me 'daddy' and apologizing for kidnapping me,” recalled Matongson. He said that conversation prompted him to preach to the terrorists about Christ’s salvation, after which he felt "huge relief".

“The others were defiant. One of them threatened to kill me but one listened,” he said, “For three nights we stayed in their camp. The one who listened became my friend and guardian. He argued with his colleagues over the conditions for my release.”

Matongson said the friendly abductor smuggled him and the child hostages out of the camp at about 8pm local time on the third day of the kidnap, while his colleagues were still negotiating a ransom with his family.

“I fear that his actions might cause problems between him and his gang members, but I am seriously praying for him and the others that God would convert them for the spreading of his Gospel,” he said.

Matongson and the other Christian residents of the community could be at risk of further attacks. The federal government of President Muhammadu Buhari has ignored multiple requests to establish a police or military station in the area with a population of more than 600.

The area is also without a good road network, which limits access to Christian civilian watchers from neighbouring communities during emergencies. Residents had gathered funds to sponsor the upgrading of local roads and construction of small bridges across linking streams but cannot complete the projects for a shortage of finances, according to town leader Iliya.