A wave of deadly attacks on Christian villages in Nigeria’s Benue State over the past month has left hundreds dead and many more homeless. There are now close to two million displaced living in camps in this central Nigerian state.

The region, known as the breadbasket of Africa’s most populous nation, is under siege by Islamic extremists seeking to set up a caliphate in the country, according to Mark Gbilla, a member of the Nigerian House of Representatives.

But Nigerian President Muhammadu Buhari is unconcerned, says Gbilla, who represents Gwer East and Gwer West counties in the state.

“The [president] is turning a blind eye to the [massacres],” said Gbilla in a phone interview.

“These [jihadists] have found a way to carry out guerilla warfare through sporadic attacks,” Gbilla said. “They come and drive out communities and nobody is responding. And that we believe is down to the president who considers them his kith and kin and is not giving the necessary orders to the military to engage them as the terrorists that they are.”

Since October, more than 150 Christians have been killed in village raids occurring all over the state, according to the parliamentarian.

Benue reported the highest number of Christians killed in Nigeria between January and October 2022, with 463 deaths, according to International Society for Civil Liberties and Rule of Law (Intersociety), a local monitoring group. The state has now overtaken Kaduna, Niger and Plateau states, which ranked first, second and third respectively in the first half of the year, reported Intersociety. 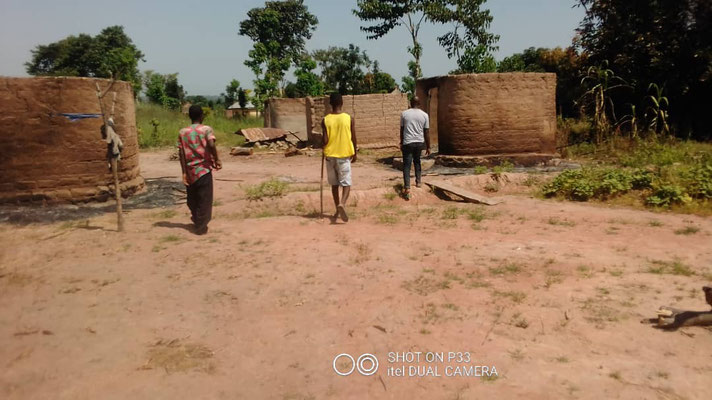 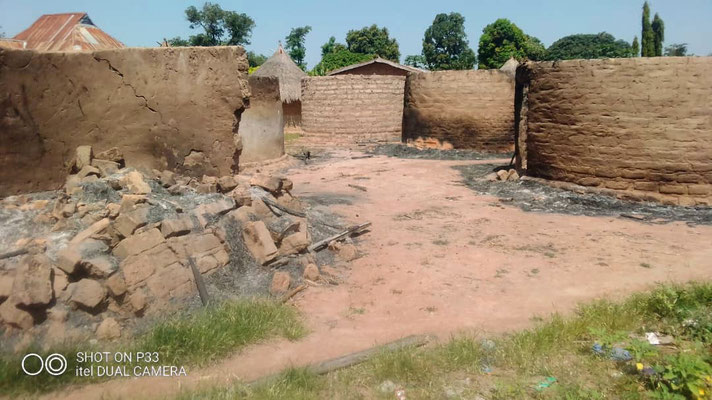 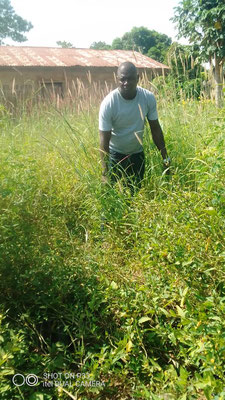 On 4 November, officials were still calculating the death toll from multiple attacks over the previous two days, which killed at least 18 people in Guma and Makurdi counties, when another attack in the late evening claimed 14 more lives in Makurdi county.

At least 3,000 residents fled their homes to a refugee camp in a town called Ortese located close to Makurdi city, said Daniel Adakole, a youth leader who documented 800 families.

The following day, another attack killed 14 people in a town on the outskirts of Makurdi known as Mbagwe, said Adakole. The attack in Makurdi county, which was largely unreported by local media, was similar to many previous ones in the north of Benue which have been blamed on Islamic militants from the herding clans of the Fulani tribe.

Two weeks earlier in a remote town in Ukum county, an attack by Fulani-speaking terrorists left 71 people dead, it was reported.

One of the eyewitnesses, Ujiir Hyev, said 200 terrorists on motorcycles attacked Gbeji, a farming town on the eastern boundary of Benue with Taraba, shooting and burning houses.

The terrorists spoke the Fulani dialect, said Hyev. “They were also shouting Allahu akbar,” he said over the phone from his hospital bed near Makurdi.

Hyev was among 15 people hospitalized for injuries sustained in the attack, according to Kartyo Tyoumbur, the chairman of Ukum county. Most of the victims were killed by gunshot and machete injuries, Tyoumbur said.

“We recovered 18 corpses including two policemen when the attack ended at 8am,” Tyoumbur said. “Within the next three days we discovered more corpses in the surrounding bush”.

Benue State Police Commissioner Wale Abas gave a much lower fatality figure of 27, insisting only one policeman was killed.

Abas confirmed the attackers were Fulani herdsmen living in the surroundings of Gbeji but dismissed the attack as a “clash”.

“We have been able to engage the two communities in a discussion to see how we can find a lasting solution to these things and ensure we don’t have any recurrence of a fight,” he said.

President Muhammadu Buhari, himself a Fulani, has maintained this same narrative since coming to power in 2015.

In a statement on the attack in Gbeji issued by his spokesman Garba Shehu, Buhari said, “It is unacceptable for lives to be taken by herdsmen and farmers alike.”

“No one should attack anyone because of their way of life. Neither should anyone take revenge on others for injustice done to them. Both should be held accountable for their actions, and justice delivered,” noted Buhari.

Representative Gbilla argues the attacks in Benue are unprovoked, aimed at imposing an Islamic empire in the state.

“There is a premeditated intention by these [extremists] to drive out our people and occupy our land and also foist their own governments on those areas.

“They are already doing that. Once they attack a particular community, they immediately move in and inhabit those areas,” he added.

Gbilla accused President Buhari of responding to terror threats in Nigeria with bias.

“Contrary to what is going on in Benue, the government has embarked on a reconstruction and rehabilitation of displaced communities in the northwest and northeast, and there is monthly intervention to those displaced in that part of the country.

“But a petition I recently presented in the House of Representatives, which was brought by the Tiv association in America [appealing for the resettlement of displaced Benue residents], has still not been attended to,” he said.

“That shows a clear case of bias, of nepotism and religious intolerance by this government by focusing more on a certain part of this country to provide intervention - and incidentally a part of the country that is dominated by the Islamic religion,” he noted.

In March 2021, Mark Gbilla was silenced by the Deputy Speaker of the House of Representatives, Ahmed Idris Wase, when he stood up to present a petition on the displacements in Benue. Wase, himself a Muslim, who presided over the day’s plenary, claimed the petition lacked merit.

But after loud public criticisms, the petition was later allowed by the House Speaker, Femi Gbajabiamila.