Grace Timothy, 29, a Nigerian nursing mother from northeastern Gombe State, has spent four months in jail with her one-year-old child for an alleged offence that has yet to be tried. She was arrested on 21 February in a church, after women from the minority Tangale tribe of Billiri Local Government Area held a peaceful protest over the ‘imposition’ of an ‘alien’ Muslim monarch by state authorities, locals say. 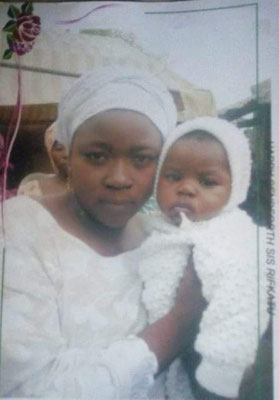 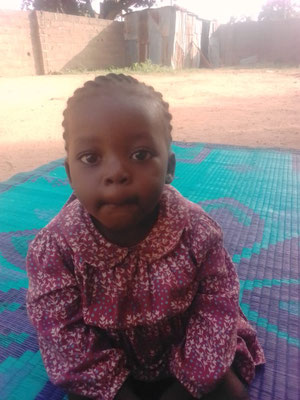 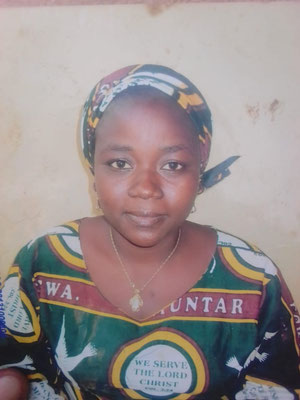 The Christian paramount chief of the Tangale people, Dr Abdu Buba Maisheru died on 11 January 2021 “under suspicious circumstances”, Daniel Maddo, spokesperson of the Tangale Community Development Association told journalists in Jos. In May 2020, state officials announced that Abdu had contracted Covid-19. All tests on his family members, staff and others who had had contact with him however came out negative, raising questions about the authenticity of his test result.

When Abdu was readmitted to hospital supposedly for the treatment of a minor ailment his family believed he would be discharged at any moment. According to Daniel, the Tangale people’s spokesperson, “Rumours started spreading that the Mai Tangale would not return alive, and that Mallam Danladi Sanusi [the current ‘imposed’ Muslim monarch] will be the next Mai Tangale.”

“Surprisingly and unbelievably, the Mai Tangale was taken to the operating theatre for undisclosed surgery. The standard protocols and consultations with the patient’s family were not complied with. When they brought him out of the theatre, they pronounced him dead,” Daniel added.

Contrary to local laws, the Muslim state governor, Inuwa Yahaya, scheduled the election of a new monarch for 15 February, in a government lodge flooded with over 500 security personnel and government officials, Daniel said. Many elders and representatives of Abdu were denied access to the election venue.

In the election, Musa Idris Maiyamba, a Christian, reportedly scored five out of nine votes, to beat 17 other contestants, but ‘government-backed’ Muslim candidate Danladi Sanusi, a supposed outsider, was installed, raising protests.

“The governor of Gombe State visited Billiri town during the protests with violent political thugs locally called Yan Kalare,” Daniel said. The Yan Kalare attacked women during their women’s fellowship at the Evangelical Church Winning All (ECWA) church in Lasale village, 1km from Billiri town. They vandalised the church and destroyed all the furniture including pulpit fittings as well as musical instruments. Thereafter, the Yan Kalare herded the women out of the church, seized their phones, beat them up and pushed them into their buses.”

Grace and 42 others arrested on the same day, a local village chief included, were interrogated and cleared of wrongdoing by police, but still ended up in jail. When contacted, spokesperson of the Gombe State Police Command, SP Mary Mallum, said she was not aware Grace and the other arrested persons were still in detention. Hussaini Musa, a legal advisor to the Tangale Community Development Association, said the detainees are being held at the Nigerian Correctional Service centre in Gombe. Hussaini said a suit was being prepared for their release.

“When we wanted to file a suit in February, the governor imposed an indefinite curfew in the state, preventing movement and any related action. Before we could think of a way out, the judiciary workers in Nigeria started strike action which has just been called off,” Hussaini told our correspondent.

Nigerian judiciary workers had embarked on a nationwide strike on 6 April to demand judiciary autonomy at state and federal levels. The strike was suspended on 9 June after an agreement with officials. A new state policy demanding N1 million ($2,439.02) for filing high court cases in Gombe might however pose a threat to Grace’s freedom. She and all other detainees are peasant farmers with less than $2 daily income.

The arrest and ‘intimidation’ of Christians in Gombe over the Tangale monarchy suggests a ‘silent jihad' against Christians in the state, says Rev. Dr. Jeremiah Gado, a former ECWA president and a Tangale native.

According to Rev. Gado, all those arrested following the protests over the Tangale chieftaincy were Christians.

“The commission of inquiry that the governor set up to investigate an area that is 90 percent Christian had majority members from the Islamic faith, why? An ongoing restructuring of the civil service in the state has only affected Christians, why? We are left to conclude that maybe it is because we are Christians that we are at the receiving end.”

Gombe State with over 20 percent Christians has been governed exclusively by Muslims since Nigeria’s return to democracy in 1999, with most political appointments and government employments reportedly rigged in favour of Muslims, despite a ‘federal character’ law that requires a balance.

“The lopsided appointments we see at the federal level under President Muhammadu Buhari are the same we see in Gombe. Just recently, a Christian high court judge was denied appointment as chief judge despite being the most senior judge in the state. These and many other instances keep Gombe Christians in fear,” said Gado.

The state governor has repeatedly justified his choice of a monarch for the Tangale people as within his rights, contrary to the Gombe State Chieftaincy Law 2020. Furthermore, the governor has reportedly made comments amounting to incitement against Tangale Christians since the appointment, raising fears. “We hope that the utterances of the governor of Gombe State do not incite other groups against the Tangale nation as this could lead to genocide,” said the community’s spokesperson, Daniel.

The community are appealing for the installation of Musa Maiyamba as the legitimate monarch of Tangale, as required by national laws. They also want a curfew imposed on their locality on 19 February lifted, to enable their children to go to school, their women to go to the markets and farmers to visit their farms in order to feed their families.