Militants from the Fulani tribe are targeting Christian farmers to take over lands and spread their Islamic faith in Plateau State, residents have warned. A series of attacks in the fertile Bokkos area since 1 October have left a dozen people dead.

The Fulani are a large ethnic group in West Africa with more than 20 million members in Nigeria. Militant members of the tribe have been blamed for thousands of Christian deaths in the country.

But the traditionally cattle herding Fulani militants are also mindful of their own survival. Their attacks have targeted chiefly farming villages with land suitable for grazing.

Thus, genocide deniers have forcefully pushed the claim that global warming is to blame for the attacks, arguing that desertification is pushing Fulani herders into competition with farmers for land. Christian rights activists across the world have rejected that argument, saying the attacks target chiefly Christians and those who oppose Islamic extremism. 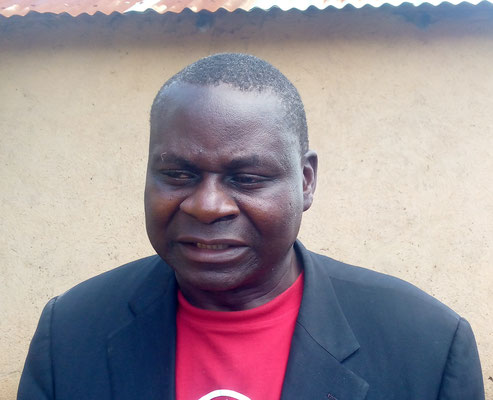 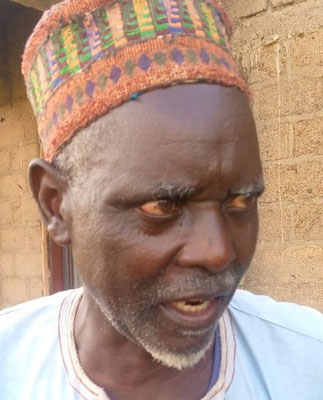 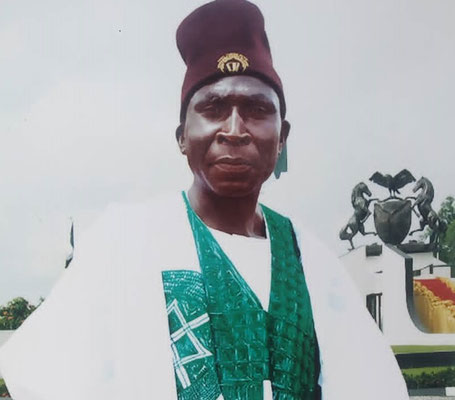 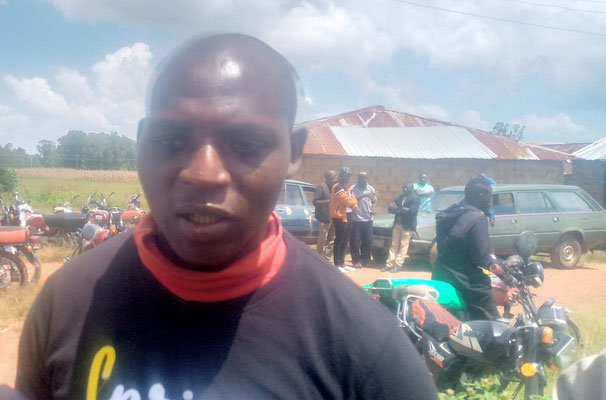 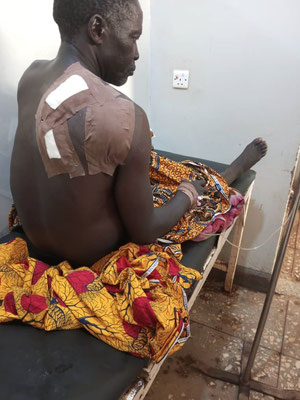 The latest attacks in the largely agricultural Bokkos local government area (LGA) have killed at least 12 Christians since 1 October, investigations have gathered.

Bokkos - a predominantly Christian community of 178,454 people, according to the 2006 national census, located 40 miles south of the capital Jos - is often described as the ‘food basket’ of Plateau State.

Local officials boast that the LGA accounts for more than half of the total Irish potatoes consumed in Nigeria and neighbouring West African countries.

But armed attacks plaguing local communities have in recent years forced thousands of farmers to abandon their farms, according to officials and tribal leaders.

In the most recent instance, more than 50 houses belonging to Christians were razed in two farming communities west of Bokkos town, the seat of the local government.

Dozens of armed terrorists reportedly invaded Shorom and Wang villages on the evening of 9 October, burning houses as residents fled.

One person was killed in Shorom where the attack started at about 6pm, according to Allah-shibamu Longji, the leader of Wang village.

The invasions came after three pastors from a nearby village were ambushed on their way from the scene of an attack the previous day, he said.

One of the pastors – Bulus Mafulul from Christ Apostolic Church Wang - was critically injured in the ambush which occurred at 2pm, Longji said.

The attackers who, according to Longji, were dressed in black attire, spoke Fulfulde, the dialect of the Fulani.

“If one person said ‘dagge’ another would respond ‘nagge’,” he said. “That is a common signal used by Fulani militants to distinguish between their members and non-members. The words are actually names given by the Fulani to their animals,” he noted. 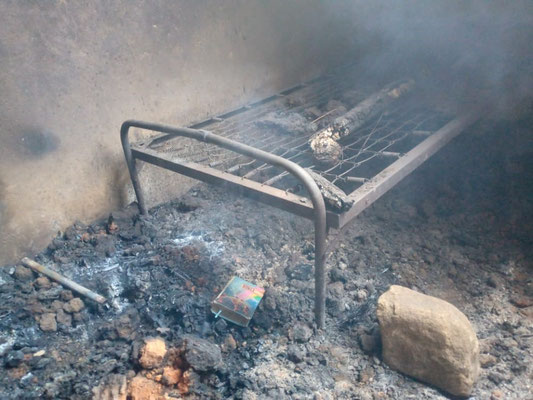 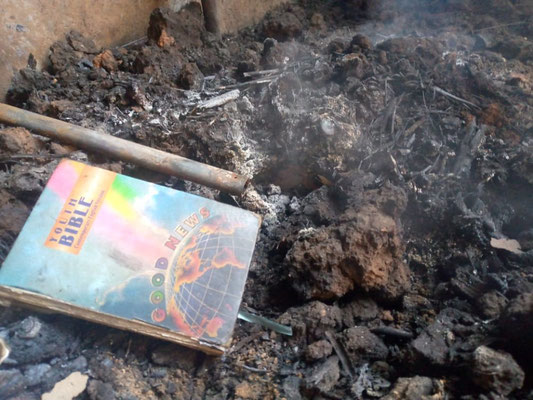 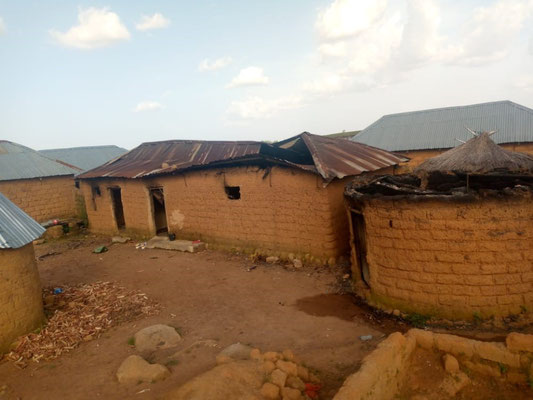 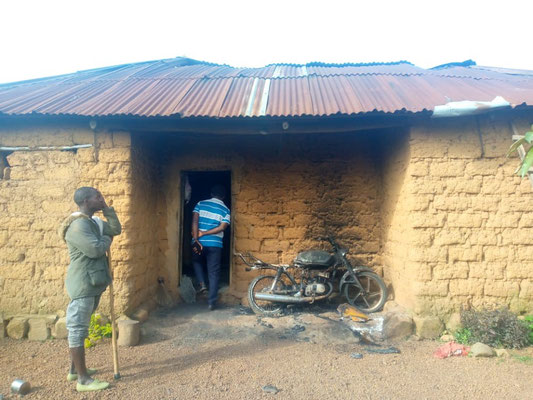 Sources within the Fulani community said the Shorom and Wang invasions were a continuation of a foiled attack in Kulyas – a Christian village of 50 brick houses located two miles north of Bokkos - on 8 October.

Four farmers, including two town leaders, were killed in the brief attack that was swiftly repelled by civilian defence volunteers.

The attackers stormed the village at about 6.50pm while it was not yet dark, according to a former member of the Bokkos legislative house – Josiah Mahwash - who witnessed the attack. They first shot the two town leaders in their front yards before attempting a house-to-house raid, Mahwash said.

“Both of them [town leaders] were outside for their routine neighbourhood watch when they were killed,” he said. “From my room I heard sporadic gunshots and decided to stay indoors with my family."

“They killed the two community leaders and killed a father and son in another compound before civilian watchers from the community intervened,” said Mahwash, who is the leader of Mabel community development association in Kulyas.

The attackers, he noted, wore long robes and spoke Fulfulde – the dialect of the Fulani. “I was in my room when it happened but my family members who saw them said they were Fulani,” he said.

Thomas Makabat, a youth leader in Kulyas, told reporters advance notice of the attack had been shared by military officials in Bokkos who did nothing to stop it.

“We had been sleeping outside for days keeping watch,” he said. “The attack started before our usual night watch began,” he added.

Tension started in the community last September after a group of nomadic Fulani herders camping 1,000 metres away grazed their cattle in a cluster of corn farms belonging to the locals and were arrested by police, Makabat said.

“The police made them pay N250,000 (USD 570) compensation to the farmers for the crops they destroyed, which they did. But they soon started issuing threats,” he added.

The threats heightened after two female students of a Christian high school in the village – All Nations Academy - were kidnapped from their boarding house on 7 October, community development leader Mahwash said.

“The girls were rescued after the military stormed the camp of the Fulani herders near our village,” Mahwash said.

“The military insisted that civilian watchers from the village should lead them to the camp. The Fulani must have seen and identified the youths who led the military,” he said.

In the preceding days, seven farmers were reportedly killed in separate attacks close to the village.

Three farmers were killed in Takai and Kunet villages less than three miles away between 4 and 6 October, said Solomon Maren, the member representing Bokkos/Mangu constituency in the Nigerian House of Representatives.

“This is another attempt by these wicked groups to set the state ablaze,” wrote Maren in a press statement.

“Aside from the one killed in Kunet, one was killed in Makabat, one in Nghasi, one in Folloh and another in Ryas village,” he said.

The attacks were chiefly carried out by herders maliciously grazing on crop farms, Sule noted.

“Two of the victims were killed after they stumbled on the herdsmen grazing on their crops and attempted to raise the alarm,” he said.

More than 1,000 acres of crop farms have been despoiled by malicious grazing in the Butura region which Sule represents. According to him, the farms had ripe corn, beans and Irish potatoes that were nearing harvest.

“What we are seeing is a possible repeat of what has happened to our neighbors in Riyom and Barkin Ladi local government areas where many Christian farming villages were seized after the owners were killed and displaced. Many of those seized villages have now been turned to no-go areas for Christians,” the youth leader said.

"They want to conquer us and take over our land for Islam," he added.