“They still call my child the son of Boko Haram”- Escaped Chibok girl shares tale of stigma, rejection and pain

Like many other ambitious girls in her little Chibok community, Maryam joined Government Girls Secondary School as a boarder. But her dream was dashed on that fateful night in April 2014 when armed terrorists attacked the school and abducted hundreds of girls. Maryam was forced into marriage with a Boko Haram fighter and gave birth to a son before making a daring escape.

Days in the captivity of Boko Haram terrorists turned into weeks and then months of anguish, pain, fear, confusion and then total surrender to fate. Maryam and the other girls were made to become cooks, sex slaves for their masters and errand girls.

It was while running errands that Maryam and her three friends got to know Mallam Gambo, himself a captive, whom they would call Baba - which means father in the local Hausa dialect. On one occasion, he asked if any of them were interested in being married off as that would save them from sexual, physical and verbal abuse from the terrorists as well as labour or torture.

Maryam never consented, neither did she respond. Four days after that, a car came at night and carried her and her friends off to their designated husbands. Neither Maryam nor her friends had any choice. And so, on one afternoon in October, Maryam and her friends were married to their captors.

Her husband, whom we will call Ismail, was like Maryam captured by Boko Haram members in their first raids of Chibok and its surrounding villages. Once conscripted, young men are trained to carry weapons, to raid villages, and to kill anyone who stands in their way. This was the situation Ismail found himself in. Though among the terrorists, he was not one originally. He also valued education and wanted a better life.

Maryam found Ismail to be someone she could trust. Once married they could move freely about the camp. They both shared one vision, which was to escape from the camp. 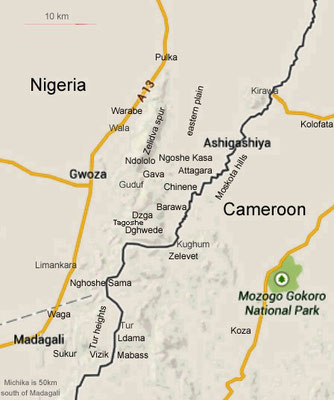 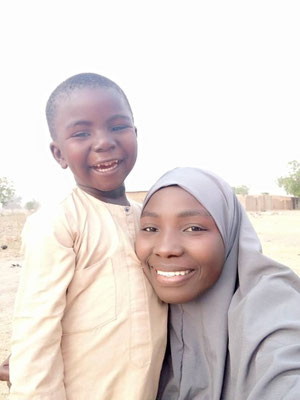 Six months after their marriage, Maryam became pregnant. Every day was tough. Maryam had never been pregnant before, nor did she find any other pregnant woman in the camp. She was all alone in her journey of pregnancy.

“In the final days of my pregnancy, I thought I was going to die. There was no hospital or pharmacy near us. I had gone through 8 months with no medical attention. I was convinced that I wouldn’t survive. The pain all over my body became more excruciating by the day. I was prepared to die because I couldn’t handle the pain anymore. The more I thought about my unborn child, the more I thought about the possibility of losing the child.

Then I went into labour, and after struggling for long hours, my husband went to call an elderly woman from another part of the camp. She held my neck, closed my nose and asked me to endure one more time. In that instant, my water broke. I thought I would bleed to death. I kept on struggling to breathe and tried to push at the same time. Eventually, with her help, I was delivered of a baby boy. He is healthy and alive today. He is the only reason life makes any sense to me. I hope he gets a better life than me and that life is fair to him.’

Several times Maryam and Ismail tried to escape but it was completely impossible. How do you even conceive of the idea of leaving a camp where you are constantly watched, monitored and guarded by terrorists loyal to the commander. They both agreed it must happen at night, and they must walk through the bush path holding nothing but their baby.

At 10pm on the fateful night. Maryam wrapped her 6-month-old baby on her back and holding nothing but a water bottle they began to trek through the bush paths risking being killed by the terrorists themselves or wild animals. They walked through the night without stopping. By 1am they were exhausted, the baby crying from hunger. They slept inside a cave entirely trusting what Maryam calls divine providence and protection. They arrived at Juwa at 10pm the next day. Their next port of call would be Fulani Ruga. But at this point they were already exhausted and the fear of being caught did not leave them for a moment. Even though their bodies were sore from walking and near exhaustion, they pressed on, determined to make it to a place of safety.

For four days and nights they walked under the sun, slept in woods and caves until they finally reached Pulka in Gwoza local government area. Gwoza has been at the centre of the crisis in northeastern Nigeria, with Pulka town experiencing intense fighting and insecurity. Pulka has seen the killing of hundreds of civilians, the abduction of women and girls, the destruction of towns, and the large-scale displacement of populations. Livelihoods have been devastated and assets looted.

The couple obviously looked different and clearly the villagers suspected them. So they left Pulka at night. In the early hours of the next day, they sighted a military checkpoint. Not sure who was approaching them at such a time and from the direction in which Boko Haram terrorists had attacked them in the past, the soldiers began to shoot in the air and advanced towards them. At that point Maryam began to scream ‘please do not shoot us! save us! Then, when that did not make any difference, she screamed even louder, ‘don’t kill us, don’t kill us, I am one of the Chibok Girls! That was the saving grace. After some questioning, the soldiers took them to Chibok.

Returning to the community

Maryam was excited about returning home. But what she never anticipated was the huge stigma, shame and rejection that she would experience. With her face bowed low and in a teary, shaky voice, Maryam tells me that what breaks her heart the most is the hurtful words thrown at her and her son. The rejection, the taunting, the jeering. “They still call my child the son of a terrorist,” she said.

According to Maryam, her son feels the rejection and subtle hate and hears the sometimes blunt and harsh words used to describe him. He cannot play with other children without being taunted. She fears that the hatred will make her son an unhappy boy. He is almost of school age but cannot go to school yet.

Throughout my interaction with Maryam, very little has been said about her husband. He has remained faceless, nameless and voiceless. The terrorists are in active search of him as an escapee and potential snitch. The community has refused to accept and see him as one of them.

What now for Maryam?

Maryam is yet to finish her secondary education. She still desires to return to school like her other friends who, thanks to outside intervention, have completed school and even graduated from universities both in Nigeria and abroad. And she wants to be able to send her son to school to give him a better life.

“God blessed me with this boy but I don't have anything with which to take care of him. What bothers me is how people treat my son. He is innocent. He didn’t bring himself into this world. It is not his fault.  Why are these people doing this to him?  I always pray for my son’s future. I believe giving him a quality education is the only way I can help him become a good person, and give him a new life.

That is why I need your help, so that my son can go to school; so nobody will insult him, tor call him the son of a Boko Haram terrorist. Every time I hear that, it really pains me, it breaks my heart, again and again.”