On the morning of 12 September 2001 Rev. Bright Mctitus, a pastor at the Anglican Church Jos, was attending a crusade in Nigeria’s capital Abuja where he watched television news of the horrific terrorist attack the previous day in the United States of America.

The grim murder of close to 3,000 people on 9/11 was a reminder of the terror in Mctitus’ home city of Jos, the capital of Plateau State, four days earlier where hundreds of people were killed in religious violence.

The clashes began on 7 September when a Christian woman allegedly breached a barricade erected to control traffic around the central mosque area during Friday prayers, leading to a conflict between her and a group of Muslims that soon spread across the city. But Christian-Muslim tensions had been simmering for months following the state governor’s appointment of a Muslim to head the state’s poverty alleviation programme.

Mctitus, then 40, did not witness the Jos violence. But the reports he had received made him anxious about his family and congregation back home.

Fortunately, his sister in Jos phoned and advised that soldiers had been deployed to keep the peace and people could partially move around. Mctitus checked out of his hotel room and boarded a cab from a nearby motor park to Jos.

By 1pm on 13 September he had arrived at his residence at 34 Dilimi Street, located in the Muslim-dominated north of the city of Jos. It was a hostile environment for Mctitus, a pharmacist by profession. Many Christians had been killed in the area during the violence. Those who survived, including Mctitus’ family members had fled to safer zones. The only son of a former king of Okwa in Nigeria’s southeastern state of Abia was alone behind enemy lines.

While kneeling in his bedroom praying, a loud bang at his door reverberated through the one-story building he occupied. The door flew open at the second bang. When Mctitus rushed out of his bedroom, he saw a gang of six armed men rushing in. 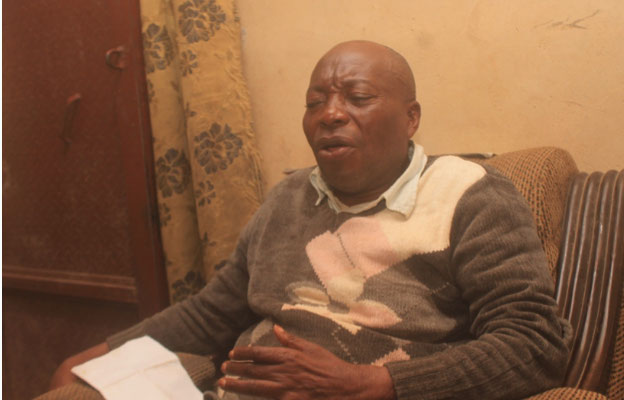 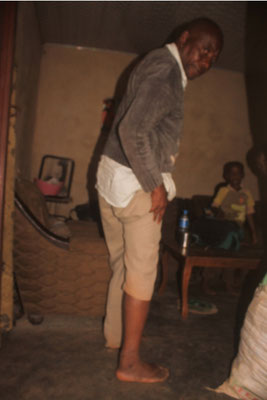 Attacked by a neighbour

“They were shouting ‘Allahu’akbar’ [God is Great],” said Mctitus. “Two of them had AK-47 rifles. The others had machetes and knives,” he said.

At the forefront was Mctitus’ next-door neighbour whose family had enjoyed free medical care from Mctitus.

“I called his name ‘Ahmadu’ and asked, ‘what is happening?’ He said ‘Doctor, we have come’. Before I could say anything further, he lifted a machete to strike me on the head. I blocked it with my hand. He lifted it again, and I blocked it with the other hand. The machete cut both my hands. I ran into my bedroom. He ran after me, struck me with the machete several times. He then pressed my head to the ground with his foot and brought out a small knife.

“I was weak and helpless. I could not even scream. He brought the knife to my throat and that is the last thing I remember.”

At the time, Mctitus’ older sister, Cecilia Ozor, was on her way to get him out of the house. When she arrived at 2 pm, she saw the staircase to his apartment flowing with blood.

“I screamed his name ‘Bright!’ and rushed in,” she said.

“His body was already cold. There were several cuts on his head and neck, his hands and feet.

“Whether he was dead or alive, no one knew,” she added.

Ozor ran out of the house and met a detachment of military and police peacekeepers manning a checkpoint just 200 yards from the house.  She reported the incident and they asked her to lead them to the house.

“We moved to the house and they brought him down from his apartment. I was shivering and crying and could no longer drive. So they stopped a Muslim bus driver who was passing by and asked him to drop him at the hospital,” she noted.

Mctitus was dropped at the casualty and emergency unit of the Jos University Teaching Hospital. There were several other casualties from the violence who were being treated, according to Ozor. When doctors examined his body, they declared he was ‘dead on arrival’, she said.

“I cannot remember much from that incident but it was terrible for me. I insisted that he should be examined again by other professionals and they all said the same thing. I was so devastated,” she said.

Right before her eyes, her brother was rolled out on a stretcher to the mortuary. His body was placed on the floor of the mortuary as the freezers were filled with corpses from the violence.

Ozor was not allowed to get documentation for him. That was the order from local authorities who had planned a mass funeral for the next three days.

On the third day of Mctitus’ stay in the mortuary on 15 September 2001, a phone call from a doctor at the hospital jolted his sister out of her sorrow.

“We were told that he was found to be alive,” she said.

According to her, doctors doing a last-minute check before a scheduled mass funeral later on the same day found he had a ‘faint pulse’ and decided to transfer him to the intensive care unit.

“I could not just believe it,” she said.

At the time, Mctitus was still in a coma. But when he regained consciousness several months later, he was told the pulse appeared after one of the doctors, who was an old acquaintance, prayed over his body.

He said, “The man came early in the morning and started praying over my body. His colleagues laughed at him. But after some two hours, I was told he heard a pulse in the stethoscope when he checked. Every 10 minutes, the pulse came and went off before he recommended that I should be transferred to the ICU.”

Mctitus spent 15 months receiving special care at the hospital. But his recovery was a miracle, he said.

To this day, he has orthopedic implants in his hands. But despite suffering a life-threatening illness in 2014, he still pastors a small congregation in a small rural town south of Jos where Islamic militants target Christians.

“I know that God has preserved my life for a purpose. Therefore, I must be committed regardless of challenges,” he said.

“I know I am getting close to my final departure from the earth. But before I do so, I want to win as many as possible souls for Christ, including the Muslims who attacked me, even though I hear Ahmadu is dead.