A “peace deal” with killers of Plateau State Christians?

On 21 October, a nongovernmental organization in Plateau State issued a communiqué claiming that a peace agreement had been reached between the Muslim Fulani community and the Christian Irigwe people in Bassa County. The next day, a headline in Nigeria’s Daily Trust newspaper exulted, “Irigwe, Fulani Resolve to Halt Hostilities”. Coming after two decades of Fulani militia attacks on indigenous Christian communities in Plateau State, including the Irigwe, this claim at first seemed to be welcome news.

However, questions were quickly raised about the veracity of this “peace deal”. Leaders of the Irigwe tribe, who have been among the worst-hit groups in Plateau State’s violence, say they were unaware of any peace agreement, and did not recognize the names of the Irigwe “representative” who signed the communiqué. They also questioned how a “peace deal” could exist when only one party – the Fulani militias – had been carrying out violent attacks against the other. Some Irigwe leaders interviewed for this piece suspect the “peace deal” of being an attempt to deceive them into signing over their land rights to their oppressors.

Armed attacks by Fulani jihadist militias have killed over 15,000 Christians in Nigeria since 2010, according to the Nigerian monitoring group Intersociety. In Plateau State, the attacks have been ongoing since 2001, and ended in the occupation of dozens of towns by Fulani settlers, and the expulsion of their original inhabitants. In recent years, these attacks have expanded in number, intensity, and geographic reach. Few of the perpetrators of these attacks have ever been brought to justice, and the Nigerian government, at both federal and state levels, has appeared unable or unwilling to control the violence. 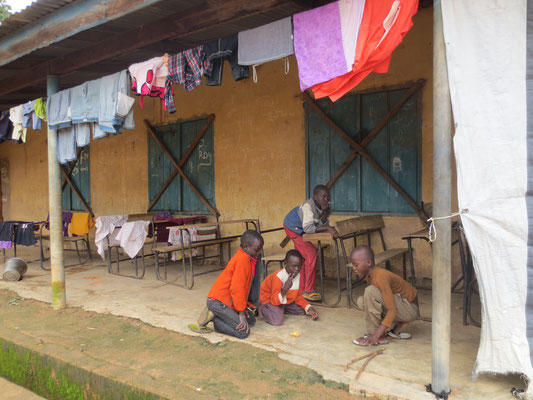 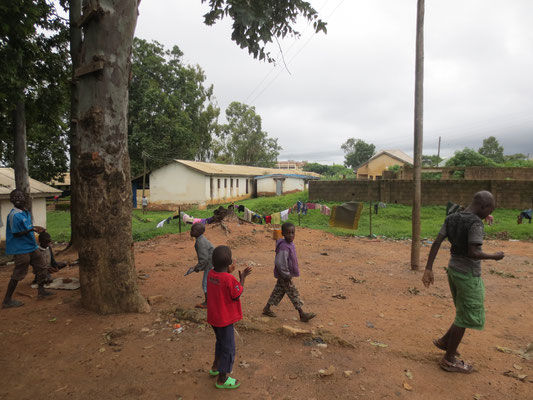 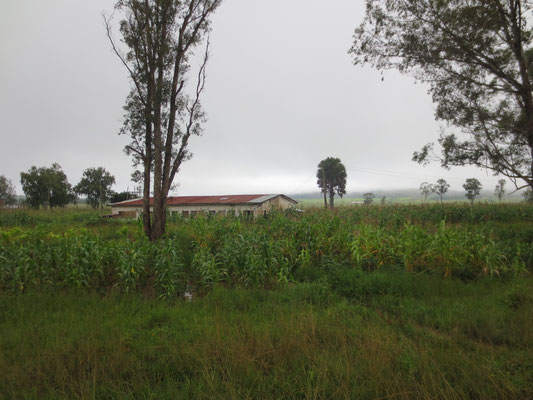 The NGO which issued the communiqué announcing the peace deal, the “Dialogue Reconciliation and Peace (DREP) Centre”, was founded in 2011 by the former Catholic archbishop of Jos, the capital of Plateau State. The 21 October communiqué was signed by 13 individuals, including Joseph Lengman, the Director-General of the Plateau State government’s official Peace Building Agency, and Hajiya Amina Abdulmalik, a DREP board member. Signing on behalf of the Irigwe community was one “Chief Daniel Geh” who was identified as a representative of the Irigwe paramount ruler, the Reverend Ronku Aka. Signing for the Fulani was Muhammad Nuru, a representative of the Miyatti Allah Cattle Breeders’ Association of Nigeria, one of Nigeria’s leading Fulani organizations.

But many Irigwe leaders told Nigeria Report that they were unaware of the peace agreement. Ezekiel Bini, the president of the Irigwe Youth Movement, said there could have been a peace meeting, but none relating to an agreement. “I am not aware of this meeting. I don't even know that name who represented our paramount ruler. There was nothing like that [peace accord] between Irigwe and the Fulani,” he said.

Another tribal leader, Davidson Mallison, the spokesperson of the Irigwe Development Association, declined to comment, saying he was totally unaware of the supposed agreement. “I can’t say anything on it as I was not there at the meeting or gathering that brought about this resolution.”

The Secretary-General of the Irigwe Development Association, Danjuma Auta, told Nigeria Report that the Irigwe were not at war with the Fulani in a way that warranted a peace deal. “Have we been hostile to the Fulani?” said Auta. “You and I know who has been the aggressor and who has been the victim. How can we be killed in our sleep and asked to sign a peace agreement? Isn’t it two parties in mutual war that sign such agreements?”

This is not the first time that spurious reports of a “peace agreement” between that Fulani and the Irigwe have circulated. In September 2021, Plateau State officials claimed that Auta’s organization itself had signed a peace deal with the Fulani. This was after Fulani militants killed over 85 people and displaced over 29,000 in the Irigwe area between 30 July and 17 August, according to the TEKAN/ECWA Bloc of the Christian Association of Nigeria (CAN). In a press statement he signed personally, issued on 3 September, Auta said his association had attended several peace meetings with the Fulani, but attacks still continued. “We have not signed any peace agreement with anybody and will not sign any agreement contrary to the resolution of the entire Rigwe nation,” he said.

Through its Peace Building Agency, the Plateau State government has organized dozens of reconciliation meetings since 2016. So-called “commitments to peace” have been signed at most of these events. However, the Irigwe tribe, which has had representatives at all of the meetings, has lost more than 548 members to Fulani attacks in the last four years, according to the Stefanos Foundation. At least 7,576 houses and 5,801 farms were destroyed by Fulani militia attacks during the period, with most of the attacks occurring after the so-called peace meetings, said the founder of the Stefanos Foundation, Mark Lipdo, at a press conference on 10 September.

Observers say the latest “peace agreement” facilitated by the DREP Centre might be a smokescreen intended to deceive the Christians, who are already pushing for the right to bear arms and defend themselves against attacks, into lowering their guard. The agreement also absolves the Fulani of crimes against Christians by painting an image of a two-sided conflict, which observers say does not exist.

However, Solomon Dalyop, a human rights attorney in Plateau State, argued that even the attempt to propagate such an agreement conflicts with the official narrative about the killings in his state. “If the government said the attacks are carried out by unknown gunmen, why are two tribes being brought together to talk peace?” asked Dalyop in an interview. “If anyone agrees to hold discussions on behalf of a supposedly unknown group, such a person is admitting his membership of the said group, and that should provide a clue to government if it truly wants to prosecute these crimes.”

In a region so wracked by bloodshed and insecurity, there is a large demand for good news, and a strong incentive for NGOs, local officials, and foreign donors to promote “dialogue” and “reconciliation”. The latest “peace deal” announced in Plateau State will surely not be the last. But without real security or an end to impunity for the killings, the Fulani militia attacks on Plateau State’s indigenous Christian communities can be expected to continue regardless.