In Plateau State, infant loses arm to terrorists’ bullet after his family is killed


In an amenity ward of the Vom Christian hospital, four-month-old David Pam slept peacefully in a baby bed on the morning of 14 August, unaware of the fate that had befallen him. 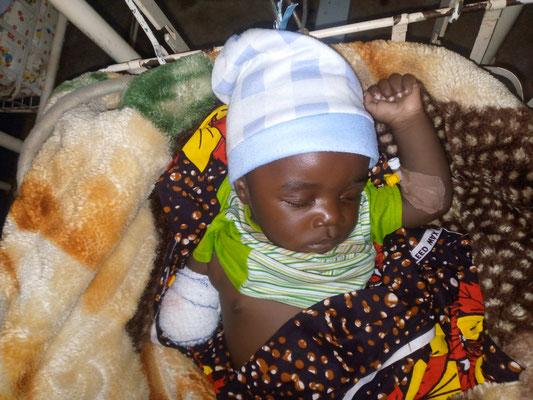 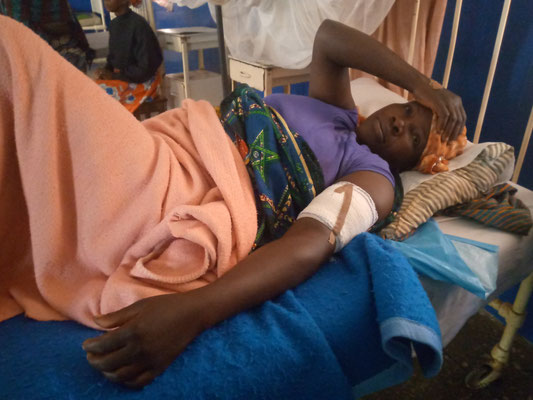 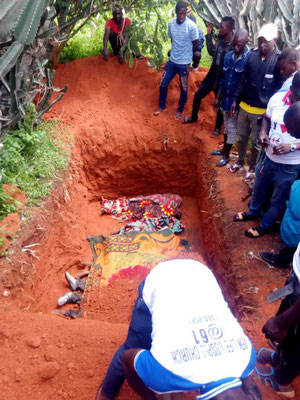 photos, left to right: David Pam after the attack; Lyop Jah was also hit in the arm; the burial of victims of the Danda Chugwi attack

Two weeks earlier, on 31 July, Islamic terrorists identified as members of the Fulani tribe attacked his village of Danda Chugwi, 15 miles southwest of Jos, and killed almost his entire family. His right arm was severed by the terrorists’ bullet in an attack that has been condemned as ‘callous’ by local officials, but no visible action has been taken to bring the perpetrators to account.

Advance warning of the attack at Danda Chugwi village was ignored by local officials, according to Dachung Musa Bagos, a member of the Nigerian House of Representatives.

“They did not come unannounced,” said Bagos, who represents the Jos South-Jos East federal constituency. “They [the attackers] gave notice and were seen evacuating their families to avoid collateral damage, but nothing was done about it,” he said.

Hours before the attack at 7 pm local time,  Stephen Yakubu, the traditional leader of the community, received hints that terrorists were planning to attack and instantly informed civil and police authorities.

“A truckload of soldiers came by but left minutes before the attack,” he said in a phone interview.

At the time, Jerry Pam, 15, the only surviving brother of little David Pam, was outside, approximately five yards away from the two-bedroom mud house.

Jerry says that he took cover in a detached bathroom after he heard gunshots from a nearby corn farm. From his hiding place, he saw ten men armed with AK-47 rifles spread out into the village of 40 brick houses. According to him, one group marched into his family’s compound and blasted through the locked doors with gunfire, entering the building where his family members were.

“They were shooting and coming towards me but I lay quietly on the ground,” he said. “They went straight to my parents’ parlour shooting.”

His father, Pam Gyang, was the first to be killed. He was trying to defend the house with his hunting rifle. As an elderly relative, Ladi Pam, watched from her hiding place, the attackers overpowered him in the doorway and shot him.

According to Ladi Pam, the terrorists then moved to one of the bedrooms, where little David Pam was being shielded against the wall by his mother, Nvou Pam. “I heard her scream amid rapid gunfire and ran out to the back of the house,” she said. When the terrorists left the compound at  7.30 pm, a brave Jerry Pam rushed into the building and picked up his crying baby brother from the back of his mother, whose body was riddled with bullets. One of the bullets had apparently exited through her back and shot off little David’s right arm above the elbow.

“I picked up the severed arm from my mother’s side and wondered what to do,” she said.

In another compound a few yards away, another group of attackers trapped and killed a father of three, Jah Dung, while he was trying to escape with his family. Just like little David, his wife, Lyop Jah, was hit in the arm by the same bullet that killed him.

Two other teenagers, Rita Bot and Mercy James, were killed in different locations within the town, according to town leader Yakubu. A forward operating base of a special military task force located three miles away failed to intervene during the attack, Yakubu said.

“All our phone calls were not answered and no one came until the attackers left,” he said.

Representative Bagos questions the role of the military in a state torn by terrorist violence for more than two decades under their watch.

“What is the military doing? We have seen too many killings and we have to say enough is enough,” he said.

Phone calls and text messages sent to police and military authorities were not answered. But the commander of the Special Task Force, Major General Ibrahim Ali, aroused suspicions by arriving the day after the attacks, bearing a reported donation for the victims of close to 500,000 Nigerian naira, the equivalent of 1,200 USD.

“If they were aware of the attack but failed to show up only to come with money hours later, as far as we are concerned, they are trying to hide something,” said Solomon Dalyop, a human rights lawyer who serves as the CEO of the Emancipation Center for Crisis Victims in Nigeria, a local nongovernmental organization that tracks terror attacks and aids their victims.

“If that was not a bribe, then it is compensation, which in any case is an admittance of failure,” said Dalyop.

In Benue State, a different reaction

Meanwhile, in Benue State, some 200 miles away, a similar attack brought a much stronger reaction from the state government. On the evening of 10 August, six people were slaughtered and 12 wounded in an attack on a cluster of villages known as Mbagum, located in the Tombo district of Logo Local Government Area. Residents say Fulani militants are responsible.

Unlike in Jos South, officials in Benue ordered the treatment of the Logo attack victims at a government hospital. Three days later, Benue’s governor, Samuel Ortom, vowed to prosecute Fulani terrorists for the murder of 5,000 people in the state.

In a statement issued by Nathaniel Ikyur, his chief press secretary, Ortom claimed to have jailed 400 Fulani militants and seized 25,000 cattle owned by others who violated a law banning open grazing in the state. Ortom also promised to get compensation for more than 2 million people whose homes and livelihoods have been destroyed by the attacks, causing them to live in camps for internally displaced persons.

“What we see is that the terrorists come with the sole intention to take over our ancestral lands and not to graze,” said the governor’s 13 August statement.

Ortom had on 4 August inaugurated the first formation of 500 personnel in the Benue State Community Volunteer Guards, a volunteer force designed to guard local villages against Fulani militia attacks.