Husband of Christian woman imprisoned for blasphemy: "I have not slept since she was arrested."

For close to six months, Ya’u Adamu, a low-level civil servant in Nigeria’s northeast, has endured the pain of his wife's incarceration.

Rhoda Ya’u Jatau, 45, has been held by the Bauchi state authorities since 20 May on allegations of blasphemy. The Christian mother of five was arrested by the Nigerian state security service (DSS) in her hometown of Katanga, Warji County, after she forwarded a video in WhatsApp which was considered blasphemous.

Ya’u Jatau was transferred to the medium correctional centre in Bauchi, where she is being held without trial.

As of 1 November, Christian Solidarity International (CSI) is providing support to the family, as they appeal the decision of 12 high court judges in Bauchi who denied her bail. It is the only hope for Ya'u Jatau, who risks a death sentence under the shari'a laws of northern Nigeria. The thought of this has traumatized 50-year-old Adamu, who himself was born a Muslim.

“I have known no sleep since she was arrested,” said a tearful Adamu when CSI partners visited him in Bauchi.

“All I want is for her to be alive and free,” he said. 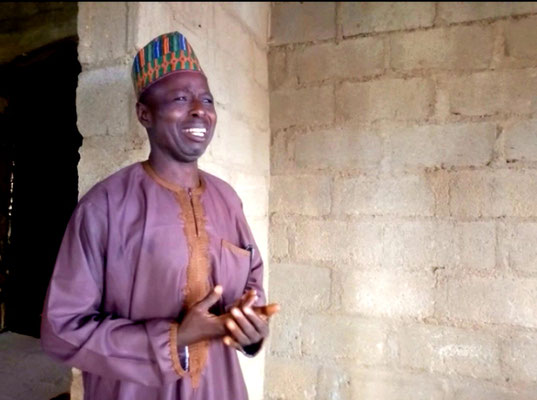 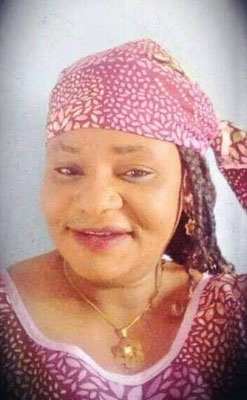 In recent months, Adamu has sold all his belongings to finance a lawsuit aimed at winning his wife’s release, he said. Our investigations have revealed that police in Bauchi have also extorted huge sums of money from Adamu, falsely claiming to have the powers to free his wife.

Since his wife’s arrest, Adamu has been living with his five children in an unfinished building in a Bauchi suburb made available by a pastor. He was forced to flee his home in Katanga after large crowds of Muslims swarmed over the town on the afternoon of 20 May, demanding his wife’s blood.

Violent demonstrations started after Ya’u Jatau, a staff member of the Primary Healthcare Board in Warji, forwarded a video to a workplace WhatsApp group, in which a former Ghanaian Muslim condemned the brutal lynching of a Christian college student – Deborah Samuel Yakubu - on 12 May in the northwestern state of Sokoto.

Within minutes, more than 200 youths armed with sticks and knives surrounded her house calling for her death, according to Rev. Ishaku Dano, a pastor in Katanga who witnessed the violence.

“They stormed her residence shouting ‘Allahu akbar’ [God is great],” said Dano in an interview. “They had gone to find her at her office before coming to the house when they realized she was not there. But at that time, she was already in detention at the DSS headquarters in Bauchi town.”

After searching in vain for their victim, the crowd spread throughout the town, Dano said, and for several hours attacked Christian residents without the police intervening.

Christians,” he said. “Even the ECWA church in Katanga which I pastor was vandalized,” he added.

The governor of Bauchi State, Bala Mohammed, condemned the violence during a visit to Katanga on 22 May, and pledged to prosecute the perpetrators as well as compensate victims. But his promise was not followed by any action. Instead, Ya’u Jatau was kept behind bars at the criminal investigation department of the Bauchi State police command for two weeks without access to a lawyer or her family.

She was later transferred to the medium correctional centre in Bauchi on a court order charging her with “inciting public disturbance; exciting contempt of religious creed; and cyber stalking”.

A statement of the charges read to Ya’u Jatau prior to her jailing reads: “On the 20th day of May 2022 at about 1500 hours, you Rhoda Jatau aged 45 years of Tudun Alheri via Warji Local Government Area of Bauchi State posted a video which denigrates Allah, Prophet Muhammad, his parents and the entire Muslim community to a Warji group (WhatsApp) of Primary Healthcare Authority of Warji Local Government Area with the intent to cause religious crisis. You therefore committed the aforestated offence contrary to Sections 114, 210 of the Penal Code Law and Section 24 subsection 15(b) of Cybercrime Prohibition Prevention Act 2015 Laws of the Federal Republic of Nigeria.”

The punishment for these offences in the penal code law which only exists in the Muslim-majority north of Nigeria is a maximum of three years in jail with or without a fine.

But in 2020, an activist singer in northwest Kano State – Yahaya Aminu Sharif - who was charged with the same offences was handed a death sentence. His sentence, justified under Islamic shari'a law, was reversed last August by an appeal court which ordered his retrial. But the court also ruled that the shari'a law which runs parallel to the Nigerian constitution in northern Nigeria was not unconstitutional.

Ya’u Jatau has not been tried or convicted by any court. Yet several bail requests have been declined.

According to her attorney, Barrister Joshua Nasara, none of the twelve high court judges in Bauchi had agreed to sign her bail as of 13 October, prompting an appeal in faraway Jos, the capital of Plateau State.

“We filed an application for her bail on 20 July after she was held for two months, which is the maximum period permitted by the constitution for any suspect to be detained without trial,” Nasara said.

But after several adjournments, the presiding judge at the Bauchi State High Court ruled on 13 October it was risky to release Ya’u Jatau, Nasara said.

“The judge claimed her release could reignite violence and expose her to danger,” said Nasara.

Ya’u Jatau’s prolonged detention violates national and international laws on human rights, says human rights lawyer Solomon Dalyop. “The laws require that a suspect is charged to court within two days of arrest, but such is not the case,” he said during a visit to Adamu’s residence in Bauchi.

Rev Dano, who was present, confirmed that Christians, who are a minority in Bauchi, have long been “dying in silence”.

“Such persecution of Christians in Bauchi is just becoming public. But for long we’ve been suffering and dying in silence. For you as a Christian to gain employment or school admission in Bauchi, it takes the grace of God. Such discrimination is displayed even by students and teachers and public schools against Christian children and no one dares utter a word.

“The more you try to speak, the more you fall victim of situations like that of Rhoda because they know they are the ones in control of the government and law enforcement. We are a minority amongst them,” he said.

To support Christian Solidarity International's relief efforts for persecuted people in Nigeria, you can donate at one of the following links:
- United States.

(Please be sure to mention Nigeria in the comment line).

If you would like to make a special donation to support Rhoda's family, please get in touch directly with the CSI team at nigeriareport@csi-int.org.